I have no idea what I was thinking. What the hell was I thinking?

I was 50,000 words in, then. I’ve since written about 26,000 more. Not bad, right? Not bad for someone who usually requires years, not months, to get into the tens of thousands of words.

Except that my sense of the rightness of the story declines even as its word count goes up. It started out strong and fairly conventional (part I) and continued strong, if not quite as conventional (part II). Part III, though, is quagmire, tire fire, explosion of Silly String.

I’ve felt like this before, right? I think so, but I don’t feel so.

It’s too ambitious. That might be it. Part III is a succession of five Marys, all the same; Marys who die while giving birth to their next self. Parthenogenesis and cloning, in cave and deserted manor house and asylum. Five POVs but also only one. A single body with five internal voices that manifest as singing colours.

What the HELL was I thinking.

It’s too scattered. That might be it, too. My first three books took years to finish because I wrote them in order, chapter bit by chapter bit, in longhand. I never leapt to an out-of-sequence scene, no matter how vivid that scene might have been in my head. That changed with books four and five. The Laptop Revolution. The Dawn of the Haphazard. I got the books done, but the process felt weird. Unsettled.

Maybe this book represents the Mid-morning of the Haphazard? Or perhaps High Noon, after which some other order will prevail?

I was frequently the student who insisted that this time was going to be the time I actually did get a terrible mark on an exam. The student whose “this time” ended up being a crying of wolf, every time, because I mostly kept doing well. I’ve fretted about each of my now-published books, too, and they’ve turned out to be varying degrees of fine, but now…now I might actually lose a book at 76,000 words. (I’ve lost books at 40,000; working my way up?) “Losing it” may, in fact, mean finishing, many months from now, and sending it to interested agents, and hearing what I heard from my former agent: “I can’t sell this.” He said that about The Pattern Scars, and it ended up published—but this time. This time I just don’t know.

And yet I keep writing, hoping to god there’s no wolf. 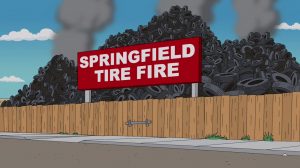