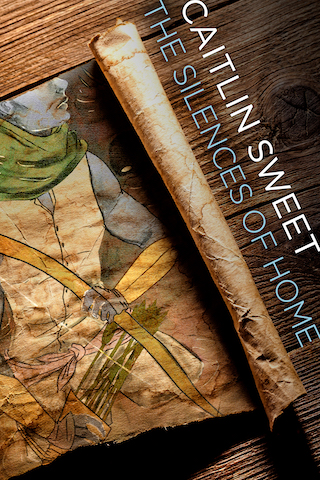 The Silences of Home

“It is a time of bounty in the Queensrealm, thanks to Queen Galha, whose wisdom and power are legendary. Her scribes record the glorious events of her reign, but beneath these words lie others—shameful, heartbreaking, and true—that threaten to destroy the realm.

This magnificent prequel to A Telling of Stars is a saga of epic sweep, deeply realized characters, and page-turning suspense. The Silences of Home explores the gulf between official and unwritten accounts of history, and the ways in which individuals, knowingly or not, shape the events of their time—events that pass into myth…or silence.”

In 2015, I wrote, as an introduction to the first ebook edition:

“My first novel, A Telling of Stars, wasn’t supposed to be published. It was my own personal protest fantasy novel, begun when I was twenty, and all fired up to subvert tropes. But then, ten years after I’d started it, I found myself with a Penguin Canada editor (the marvellous Barbara Berson—who, like me, is no longer with Penguin Canada*). She loved it, despite or perhaps because of its first-novel excesses—and she wanted The Next One.

Part of Telling’s trend-bucking, I’d told myself from the beginning, was its stand-alone-ness. I would not write a sequel. No way. This was one young woman’s story; the reader would see her world through her eyes, only. But all those years later, casting about for another idea, her world wouldn’t let go of me. Fine, I thought. Not what happens after her; what happened before. Whether because I badly needed to rationalize breaking my own iron-clad rule, or because there actually was a difference, the prequel thing felt right. Jaele’s story was definitely done, but the story that had inspired her journey—the legend of Queen Galha, who’d lived hundreds of years before Jaele’s birth—still hadn’t been told. Not really. And what if the tale of Galha’s epic revenge quest wasn’t at all like what had actually happened?

I had no idea, when I thought up the legend of Queen Galha, that I’d completely overturn it, in a subsequent book. But that’s what I did—and it was so much fun. Jaele encountered people and creatures and places, in Telling, but she never stayed long, and I never had to fully understand any of them. In The Silences of Home, I had to fully understand them. I returned to the shonyn’s riverbank, the Alilan’s painted wagons, the lofty spires of Luhr. I figured out the Sea Raiders’ real names, and what their homeland was like before Galha got there. These were delirious discoveries. Silences is much longer than Telling, and much more involved—but I wrote it in a nine-month blur, in 1.5-hour increments, while one daughter was at kindergarten and the other daughter was napping. It remains the most thrilling writing experience I’ve ever had.

How and why does history become legend? I hope you enjoy finding out as much as I did.

*Barbara is now my agent