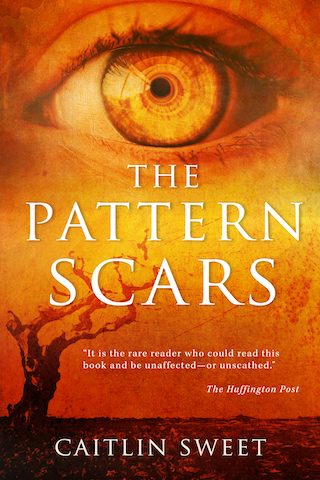 “Nola is born into poverty in Sarsenay, a prosperous northern land where the exploits of long-dead heroes still resonate. She spends her girlhood as a brothel seer, imagining a life at the castle, where she would prophesy for king and court. This seems impossible until she meets a handsome and enigmatic man, a castle seer who promises to help her realize her dream. Instead, he draws her into a web of murder and treachery, of obsessive desires and ancient forbidden rites that will threaten not just her, but also the land and people she loves.”

“After The Silences of Home came out in 2005, I decided to go big. Epic-fantasy-trilogy big. I made not one, but two attempts at this–got 50,000 words written of each story; nailed down synopses and proposals; built worlds with an unprecedented focus that very quickly, in both cases, became desperation. I’d never given up on a story before; by 2007, I’d given up on two.

In the fall of that year, fresh off a divorce, a move, and the acquiring of my first day job in five years, I started a new story. The idea came to me while I was on the phone with my friend Cass. We were talking about the Greek myth of Cassandra, and I thought: What if someone were cursed, not to tell the truth and never be believed, but to tell lies and always be believed?

I kept this new thing from my then-agent (who’d worked closely with me on the two epic failures) until I was past the 50,000-word mark I’d stumbled at before. When I finally did tell him, he asked me not to let him read it. “Just write it. Show me when you’re done.”

I wrote the manuscript that became The Pattern Scars longhand in little notebooks on my streetcar ride to work, and at coffee shops on the mornings my kids weren’t with me. It was darker than anything I’d written before, and, with the exception of a misguided Part 2 that I had to rewrite, it worked. Two years after I’d started it, I delivered it to my agent–who eventually told me, with genuine regret, that he wouldn’t be able to sell it. Too dark. Not sufficiently commercial. (I lay in the fetal position for more than a few minutes after this phone call ended.)

The Pattern Scars eventually found a small-press home, where it did pretty well for itself. For a variety of reasons, both personal and creative, it may well be the book I’m proudest of.”