Ever since Chip the Cat died a couple of weeks ago, I’ve been trying to figure out how to write about it. Not his death, only: the others I’ve witnessed. And not just those: the births, too. Because I’ve been thinking, in a helpless, formless way, about how our bodies fight to be born, and to die; about struggle: how we’re told we should face it, and how we actually do.

They’re not ‘contractions’; they’re ‘surges.’ Take away the negative connotations. Manage the pain by imagining your body as a rose, unfurling bit by bit to the sun that is your labour, your baby. Be centred and calm. And hey: you might even have an orgasm! Many women do, in labour!

I tried so hard to listen to words like these, as my first baby’s birth approached. I wanted to believe them—even the ones that made me wince because they were so clumsy and trite. I knew there would be pain. I told myself that I’d be dignified and quiet, like the women in the birth videos I’d watched. Dignified, quiet, rosy, surging with strength and orgasms.

Near the end of that first labour of mine, some tiny, lucid part of my brain thought: “Who’s screaming like that? Geez.” A few moments or hours later, that lucid part thought: “Oh man. That’s me.”

I was not a rose. I had not a single orgasm. I was a yowling, writhing beast (nope—no meds) with a brain that had shrunk to pinprickedness within the vista of pain that was my body. “I” was gone. Small-scale time was gone; what was left was primordial and forever. The body “I” had been in was fighting, scrabbling, straining, making all sorts of noise and expelling all sorts of fluids.

But then I started to push, and I remembered what time it was, and I saw my sister’s face at the foot of the bed, and it was my baby who was doing most of the struggling. I’d seen that model pelvis, in my prenatal classes; I’d seen how the poor floppy fetus-doll had to contort to get itself free. (Stupid bipedalism, with its morphological demands.) It took my real baby only 20 minutes, but they must have been insanely difficult ones. She was compressed, trapped; she was pushed down, inexorably and without any say in the matter. She barely cried, after my body had expelled her. She lifted her bald, bloody head from my chest and mewed a bit, then flopped down again, as weak and exhausted as I was. And I, fully returned to “me”ness, crooned and cooed—back in residence; back in control.

I’ve been at about 25 labours other than my own, and I know how different birth can look. Some women, even without pharmacological assistance, go very, very quiet. One of these, after yet another intense, silent contraction, grabbed my hand and whispered, “I think I’m going to die. When will this end?” I don’t remember what I said. But not even an hour later, her own baby girl was lying on her chest, and she was laughing, beyond weary, her mind returned to her body, so that both felt like hers again.

In early 1999, when I got pregnant, my best friend Alison already had cancer. In enormously distressing parallel, our bellies swelled. While I expanded everywhere, though, she shrank. My hair grew thicker; hers fell out. But we both slept a lot, then had trouble sleeping. We both went off food, got cravings, felt better, went off food again. Our bodies reacted together to two very different sorts of invasions.

Oh, Dylan Thomas: you wrote them—those words about not going gently. And Alison didn’t. She was the sweetest, happiest person—and she couldn’t accept anything except the injustice. “I’m 30. 30! How am I supposed to be okay with this?”

When she finally did admit to me that she was going to die, it wasn’t a relief to either of us. It was real, and it was terrible, and there was absolutely no catharsis of any kind.

At noon on the day she died, she was agitated: her clawed hands swiped at mine; her cracked lips moved; her eyes (blue and black and yellow) widened and widened and refused to close, even in a blink. She moaned, low and rhythmically. Her body was stiff, convulsive, so delicate and defiant, after days of comparative listlessness, that I went back to the hospital that night. She was still, by then. Her eyes were half-closed; they’d given her a sedative, after her sister had arrived, at long last, from out of town. Her sister had gone home, by the time I arrived. I hunkered down beside her, and her husband said, “She’s drooling” and we watched the clear, thin stream turn dark brown and molasses-thick, and someone yelled, and someone got the head of the bed up so that the fluid would drain somewhere—and her bird-chest rose, and her head lolled, and then her bird-chest stayed hollow and low, and even as the fluid continued to trickle, that was all.

He was old. He’d had a good life. At least he wasn’t sick; he didn’t have to suffer.

My sister and I lay on a pullout couch and listened to our grandfather dying, in the next room. The verb should definitely be past continuous: he was dying. It was loud, and it took a long time.

He was 93. He wanted to die—he’d said so countless times, usually on his birthday, with a wry, sad smile beneath his pencil mustache. “I never wanted to live this long…” And yet when the time came, “he”, at last (it seemed), was gone—but his body fought. And fought. It moaned: rising, peaking, fading sounds that repeated and repeated, for hours. Everything was suspended, hanging in some primordial place where such things happen, again and again, forever.

The moans stopped sometime after the sun rose. The room was bright as my mother, my sister and I stood looking down at him—at the body on the bed. The morphine drip had been turned off. His breathing was slow, slower. Thick brown fluid oozed out of his mouth, and I said, “This is what happened with Alison, right before…” Later, my mother told me this had reassured her—because what do you think, when you see thick brown fluid and you’ve never seen it before and you’re so painfully, helplessly present, watching someone else who isn’t, any more?

Except that I can’t know that. Maybe grandpa was still there, behind the paper-thin eyelids. Maybe he thought, “Well I’ll be darned: there’s a red-breasted nuthatch on the bird feeder I had the girls put up outside my window!” or “ohthankgodit’snearlyoverthankgod”

But all I could see was his body’s struggle, and its stopping.

He had a good life. He was lucky. At least he went peacefully.

Chip the Cat was given an injection—a sedative, so that he wouldn’t feel the killing fluid when it went in. Only he didn’t react to it the way he was supposed to. He growled and whined. He twisted around between us until we let him jump down off the vet’s couch. He wobbled, stumbled, sank onto his haunches before he tried to walk some more. His eyes were wide, all pupil. He dragged his leukemia-wasted body around the room until he found the darkest possible place, behind the toilet. Then he hunkered down. Waiting? Feeling what? Knowing what?

When the killing fluid went in, 15 minutes later, he didn’t flinch.

An hour later, when Peter lifted Chip’s body up to carry him outside to the waiting hole, there was a rush of fetid air.

“Why?’ is always the most difficult question to answer. You know where you are when someone asks you ‘What’s the time?’ or ‘When was the battle of 1066?’ or ‘How do these seatbelts work that go tight when you slam the brakes on, Daddy?’ The answers are easy and are, respectively, ‘Seven-thirty in the evening,’ ‘Ten-fifteen in the morning,’ and ‘Don’t ask stupid questions.”
― Douglas Adams, The Salmon of Doubt 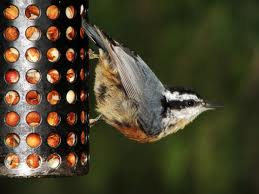