Never Start With a Prophecy, and Other Late August Musings

“I know,” said my writing student yesterday, “that you’re not supposed to throw prophecies in at the beginning of a book. But I have. Three of them, in fact. I couldn’t help it!” (They are, in fact, perfectly acceptable prophecies, and it’s a truly remarkable book.)

And as we sat there in pre-rain heat, on the “patio” of a Starbucks, with cars, dogs, people and bikes passing by mere inches from our table, I thought of another August, and another novel that began with a prophecy. (A prophecy within a prologue—and there are those who insist that prologues, too, should be banned. I have no shame.)

For the second summer in a row, my parents and sister had gone off to Nova Scotia, leaving me in charge of house, lawn and cat. Things weren’t going well. My boyfriend and I had broken up, and I wasn’t feeling nearly as sanguine about this as I had a month before. The novel I was writing (yes: Rowansong) had, since the breakup, refused to be written. There were patches of yellow appearing on front and back lawns at an alarming rate, despite the fact that I soaked them unto quagmire with the sprinkler. I’d had some people over, and one of them had nearly set my kitchen on fire with flaming sambuca. And then, just when I thought I couldn’t pity myself any more, I got fired.

I was a City of Toronto Parks and Recreation employee, which meant that I’d spent the summer acquiring an unwontedly spectacular tan whilst standing by a wading pool. I was also supposed to run programs for the kids who came every day, and I’d been totally prepared to do this—but the kids turned out to be between the ages of 12 and 14, not 5 and 7, as I’d been led to expect. They didn’t want to play duck-duck-goose or make collages with bits of lace and dried pasta. These were mouthy, hilarious, sweet, smart people, the oldest of whom was a mere three years younger than I was, and when I wasn’t standing by the wading pool, we hung out. My supervisor didn’t like this at all, and she didn’t like them, and they really didn’t like her.

While it did occur to me that my supervisor might not be all that fond of me either, I wasn’t prepared for the super-supervisor’s visit to the park, in the almost-last week of August. I was, of course, standing by the pool. He cleared his throat. He told me I was fired. He said my supervisor had complained that I had been late on multiple occasions (which was absolutely untrue), and said that the Parks & Rec management team wanted, via my firing, to let other employees know that it wasn’t too late in the summer for them to be fired (which was just plain idiotic).

I went back to my empty house. So did the kids from the park. For five days they arrived promptly at 9, throwing their bikes onto the yellowing front lawn, charging around the place with the wooden sword I’d gotten from my “When Knighthood Was in Flower” enrichment course a few years before. We made peanut butter cookies. We lay on our backs on the stupid dying grass. They found my grade 6 diary and howled with laughter as they read bits of it aloud.

And then, as one, they stopped coming—cottages; a last week of sleepover camp—and I was alone. So self-pityingly, echoingly alone, despite the furry, kneading presence of Merlyn the cat.

I called my grandparents and cried a little. They commanded me to come to Stratford to stay with them; I bought a train ticket. The night before I left, I called my ex-boyfriend, who came over. By the time I’d packed the binder containing the handwritten pages of Rowansong and sat myself down on the train, I was already feeling a whole lot better.

That week was magic. There was the small matter of my parents’ panic—for I’d neglected to inform them that I’d be going to Stratford, and by the time they phoned my grandparents (having phoned our house over and over for days), they were out of their heads and probably about to call the police. Other than that, though: magic. I ate breakfast at the round table in the kitchen. My grandfather and I walked down to the river as we had since I was little, carrying bags of bread for the swans, who were gorgeous and greedy and ungrateful. I spent some afternoons with my grandmother at the art gallery where she volunteered. And in between, I went to the island—or, more accurately, the islette (a made-up word which, I hope, reflects the need for an additional diminutive form). It was the tiniest lump of land ever known to islettedom: it had a couple of trees, some grass and flowers, a graceful wooden bridge connecting it to the shore (to which I could have walked, had I had rubber boots), and, most importantly, a low, flat rock. I sat on this rock every day, with my gigantic binder open on my lap, pen in hand. I filled up three-ringed page after three-ringed page. After two months of stasis (“Two months!” the older me scoffs. “Just wait for the drought of 2004-2007!”), the ink was flowing. And it was the most wonderful synthesis: the golden-green, grandparent-warm space of Stratford; the boyfriend reunion; the kids who’d followed me into exile.

And the kids were on those three-ring pages. Oh, yes.

Kella awoke at dawn the next morning. The first thing she heard was Trillany’s voice.

“She’ll be angry that we followed her – maybe we should leave.”

“Certainly not,” came Doric’s voice. “This was my idea, anyway: we’ll stay with her.”

“Shut up!” hissed Jemm. “You’ll wake her with your quarreling.”

Kella decided that she had heard enough and sat up, opening her eyes. “I’m awake already, thank you Jemm.” He hid behind his hair, while Doric looked decidedly uncomfortable. Blaine grinned and said, “This was actually Jemm’s idea, as you could probably guess. Doric’s trying to get all the credit, as usual.”

“Credit?” Kella demanded. “I wouldn’t accept credit for something like this! This is my journey – you can’t come with me.”

Trillany looked triumphantly at Doric, who stammered, “But you’re blind, and we can help you…” He withered under Kella’s glare, which, for a blind person, was quite direct.

“You know I don’t need help, and I won’t take it. Go home: your parents will be worried.”

There was an awkward silence. “Actually,” Jemm admitted, “they don’t expect us back for a few days. We guessed when you’d be going and said that you were…”

“Yes?” she snapped, and he looked defiantly at her from beneath his hair.

“We said you were taking us to my hill for a few nights. I told father that you probably forgot to mention it to him.”

Kella was relieved. “He knew you were lying.”

“Probably,” Jemm replied, “but he didn’t say anything.”

“Most likely because he hoped that this witch would frighten some sense into your heads!” Kella stormed, rising and beginning to stride up the trail. Trillany reached her first.

“Kella, we’ll let you see the witch alone. Only let us come with you to the cave. Then we promise to leave.”

And so it was that five people instead of one went up the path as the sun climbed higher in the sky.

(Don’t ask. Don’t ask how Kella could be blind but also the third-person-omniscient POV character who can somehow see that Jemm’s blowing at his hair and Blaine’s grinning. That’s not important.) (I was barely 17, OK?)

I went home to a changed world. Love: restored. Lawn: not dead, just ailing (chinch bugs). House: intact. Cat: sullen but not full of hate. Book: back on track. Parents and sister: as happy to see me as I, strangely-but-not, was to see them.

The last week of August, 1987. Thank you, o thrice-prophetic student of mine, for making me think of it.

Rowansong will have the last (and first) word.

There is a harp, standing alone in a cold stone room. Sorsillis’ Harp it is called, after the woman who crafted it. Its rowan wood is lined with age, and coursing with power long-stilled. The silver strings are silent: no hand for centuries has been able to wake the power. So Sorsillis had willed.

There are runes carved in the wood. They twine around the frame to the scrollwork at the top, where, suddenly, they stop. At one time – unknown Cycles ago – the runes continued serpentine to the ruby set in the center of the scrollwork. Now they have faded into virtual non-existence – mere scratches, indiscernible figures. Forgotten prophecies.

A white-haired woman slips into the room, closes the door softly behind her. She stands before the pedestal on which Sorsillis’ Harp rests, gazing at it with familiar desire. Her hands do not go to the strings: she knows she is not the one to break the silence. She hoped, long ago. But no longer. Now her fingers reach for the runes that are still decipherable; she touches them lightly, reading them with her eyes closed. Her lips form the words as her fingertips skim to the scrollwork. There they still, resting on the scratches. Her eyes open, and her hand falls away from the harp.

She leaves without looking back.

There will be many:

There will be Three:

the last for sightless vision.

In the sleeping land will their meeting lie

where darkest caverns burn brighter than a thousand suns… 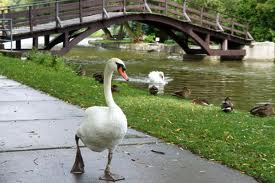